time travel: the journeys we make to work and play 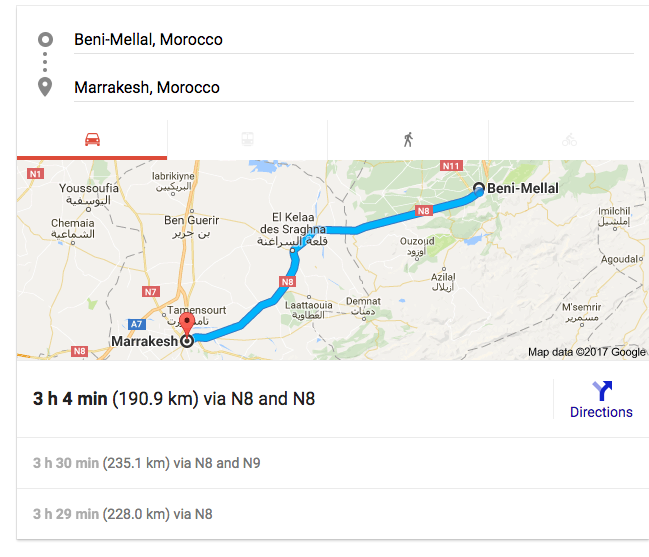 We arrived in Marrakech part of Morocco after racing through the small towns that create one of the most beautiful landscapes I’ve ever seen.

Children on bicycles peddling through the longest stretches of landscape.

Fields of beet root and red flowers we cannot name.

The occasional tractor piled with bales of hay in no rush to be anywhere.

Horse-pulled carts with oranges, hay, or just empty — and the carts are pulled by adults as much as children.

Sheep being herded from one plot of land to their resting place for the evening.

My nose mingles with air that smells sweet at one moment and like farm animals the next. 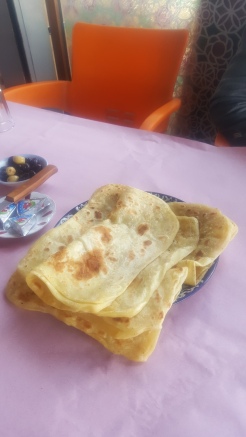 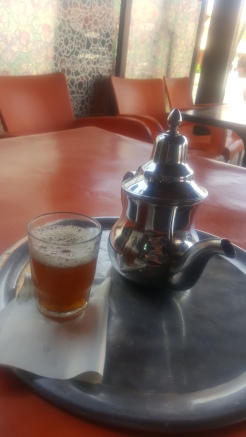 We stop for a quick snack at a local shop before heading back on the road. A typical snack is the flat bread above, with fresh olives, olive oil, Laughing Cow cheese (produced here in Morocco) and Moroccan tea.

We enjoyed the scenery on the way to Koutoubia Mosque, where Salah prayed, and the market in Marrakech where we all walked around window shopping.

But in Marrakech We really marveled at Koutoubia Mosque, the country’s second-oldest mosque. Christa and I could not enter. We are not Muslim, we are working tourists, and thus had to wait out outside for Salah to perform ablution, then pray. As she and I waited, we walked around the plaza, listening to the vendors and stopped at the gate of the old mosque to watch the children who had enough strength, and small size to climb though the gate’s bars to play on the grounds. As we were watching them, marveling at the agility of our former selves, a man named Jamal came and spoke with us about the space, saying that after the mosque was built, they tore down the old mosque and now only the stubs of pillars remain. Salah, our amazing host teacher, left the mosque and we followed him to the market.

He patiently answered our why questions with incredible insight. On today’s ride we went to Marrakesh, which also happened to be the vacation spot for John Legend and Chrissy Teigen and their baby girl Luna. No, I didn’t see them, but everyone else and their mama did because a few folks messaged me to see if saw them.

But I think I experienced something better than stalking amazingly dope celebrities on vacation. We learned about how regular long-distance trips are the norm for many people in the region, that being a good negotiator can help me with any darn thing, and that the mosques and rituals around prayer are some of the most beautiful traditions I’ve been able to witness. 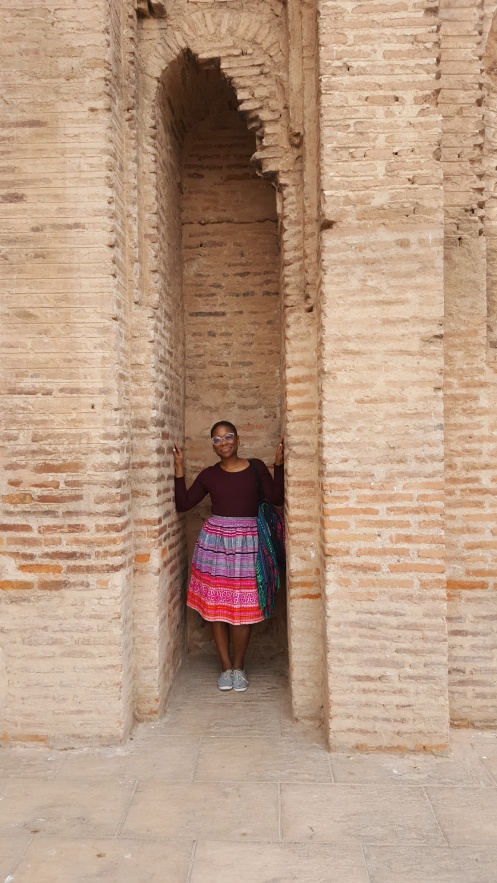 Commute or Journey? One, many Moroccan teachers have a serious commute to work or play. Salah doesn’t travel far — about 10 minutes — but he says it’s not an irregular occurrence for a teacher to have a 1-2 hour commute to work. And it’s not because they’re sitting in traffic — it’s literally because that’s how long it’s going to take you to reach Point A to Point B (or Z).

He said that he and his wife lived in different cities for a time before moving to the same city because the Ministry of Education gives you your public school appointment. This means that more veteran teachers work in cities since they can apply for a change in location. On the other hand novice teachers tend to receive their first appointments in more rural areas since they will fill the vacancies left by veteran teachers who are moving on to another city or are retiring from the profession.

I might be stretching here, but teaching anywhere is a journey, longer than any car ride through any flat landscape. I think about where I started and where I am now, what I am learning and what I have yet to learn. It’s not a commute, a back and forth, it is a long-distance walk where the only end point is where we as teachers make it.

Here in Morocco, after receiving certification, a teacher receives their assignment and is a government employee for life. Many teachers said that they do not leave the profession because job security is low. If they change careers, then they may not be able to find another job, so it’s better to hang on to the one they have.

I know teachers who work and have a side hustle tutoring students or working another job. Some leave the profession entirely and move on to something else that is more fulfilling — or just makes them more money, which, let’s be honest, can be another form of fulfillment.

Some teachers make the equivalent of $500 a month. To put that in perspective, private school here in Fikh Ben Salah can mean a $300 down payment and $150 per month for secondary school. So, depending on how many children one has and other streams of income coming in, your children may be in public school, even if you teach in both public and private school.

The teachers I’ve met here care about money to the extent that it provides them and their families with a comfortable life. No one has told me that they desire great Oprah-like mounds of wealth (though no one would refuse it if it was given to them). What is most important is family and friendship, good food and moments to relax and share a cup of tea.

People aren’t fulfilled by a lot of money, or as one Berber salesman told me as I bought some earrings for friends back in the U.S., “We don’t care about money, we care about people.”

Or as I told him, “But money sure is nice, right?”

To which, he smiled showing all of his straight, white teeth and nodded.

What I am trying to say is that there is a balance. Everything is commodified, but if one knows how to keep the journey one that focuses on self-care in the form of family and friends, then it makes the living all the more worthwhile.

One response to “time travel: the journeys we make to work and play”